Ignorance is dangerous.  Indeed, it can lead like-minded people down the path of hatred, quickly and without pause.  The messaging of “us versus them,” whether referring to republicans versus democrats, rich versus poor, Christian versus Muslim, homosexual versus heterosexual, or Caucasian versus black, does little to unite a country enriched and enlivened by the diversity of its citizens.  Rather, such rhetoric only serves to further deepen seeds of intolerance and misunderstanding, planted at home, at houses of worship, and within communities lead by those without knowledge of facts, love, or history.

Leaders of our country have a moral–and ethical–obligation to embrace the bedrock that this country was built upon, diversity.  Sadly, some running for our country’s highest office don’t think that words matter, at least not much.  They make outlandish statements only to garner press coverage, pander to the extreme right, or stoke the flames of fear.  Year after year it is reported that American students do poorly in history and geography, compared with students from around the world.  It appears that too many Americans have forgotten the reasons our forefathers settled this country.  Perhaps they’ve also forgotten the single minded racism, hatred and intolerance that was central to the success of the Nazi party.

Or, frighteningly, maybe they haven’t.

Call it Trumpism, an ad-hoc term for the cresting wave of white Republican resentment that Donald Trump has been surfing like Duke Kahanamoku. Some find it fascinating. Late-night comics like Stephen Colbert have been treating it like it’s hilarious.

But a lot of people take Mr. Trump completely seriously, and support him fervently. So when do we start being frightened for this country?

But still, these results:

“Do you think a Muslim should ever be allowed to be President of the United States, or not?

A Muslim should be allowed to be President of the United States: 16 percent

A Muslim should not be allowed to be President of the United States: 72 percent

“Do you think the religion of Islam should be legal or illegal in the United States?

Islam should be legal in the United States: 40 percent

Islam should be illegal in the United States: 40 percent

Do these people know what it means to outlaw Muslim worship? Do they teach history in the North Carolina schools? Do they know what would happen if we closed mosques, arrested worshipers and prayer leaders, imposed religious tests for public office? Are these overwrought questions, or do the ugly answers in this poll portend something seriously wrong: an outbreak of a deadly fever this country has seen many times before? By now, anyone who has been following the presidential candidates for 2016 knows that the Republican Party has problems–15 of them to be exact, depending upon how one counts.  While Donald Trump, Ben Carson, Jeb Bush and Carly Fiorina get down and dirty, fighting it out for the party nomination, the sad state of affairs in the Democratic Party has not gone unnoticed.

No, Vice President Biden should not run.  Taking this bit of advice, which no doubt he’s received several times over, will save him from fundraising and being an also ran late in the game.  We know, as he does by now, that Vice President will be the highest office he holds in his lifetime.  For those pro-Joe supporters, blame it on optics.  Blame it on gaffes.  Blame it on his long-term political career.

As for the two Democratic Party candidates worth writing about, Bernie Sanders is impressive.  I’m biased because he’s from my adopted home state of Vermont.  His speaking points address serious topics that need to be discussed and addressed.  And it’s no surprise that his popularity is soaring, despite some who believe socialism to be a four-letter word.  But he can’t win the votes needed for the party nomination.  And certainly won’t win a national election.  And then there is Hillary Clinton–a political figure who equally as polarizing as Mr. Trump; a woman with more baggage than a Tumi store; and, a public servant who is smarter than most Americans.  She earned her foreign policy stripes the hard way.  She knows the pressures, demands and difficulties facing a president.  She’s served as a legislator.  And she has failed at implementing policy–an invaluable lesson on the national stage.  Hands down she is qualified to run our country.  But I’m not certain of her ability to lead, especially given the divisiveness she brings to the table.

As for me, I have no horse in the race.  At least not yet.  I am a registered Independent.  I vote for candidates who are Republican, Democrat, Socialist, or Independent, depending upon their specific positions–and past history.  So who would I like to see enter the 2016 presidential race?

He’s publicly acknowledged he won’t run.  And I know it likely will not happen.  But I can still hope that a serious and worthy candidate will emerge.

I knew it was going to happen.  It started innocently enough.  My Husband bought me a backpack accented with bright pink, yellow, periwinkle and blue flowers for our anniversary last spring, allowing me to keep my hands free and my belongings near.  Then, [S] started pulling out her pastel colored barrettes from her hair, which I promptly clipped into my hair for safekeeping.  Time passed and I found myself going throughout my day having forgotten about the small polka-dotted pink/purple/yellow barrette adorning my hair.  Recently, [S] has been spending time with crayons in hand and her Wreck This Journal in front of her.  What’s a mother to do?  I pick up crayons and color alongside of her, of course.  After all, what fun is coloring alone?  Perhaps the better question is, What fun is watching someone else color?

Last night I downloaded my first adult coloring app on my iPhone.  And I’m addicted. This morning, as our family sat in the Naval Hospital parking lot awaiting a routine appointment, I pulled out my phone and began coloring.  Russell laughed.  I think he thinks my new found habit is cute.  (He should, I dedicated my second masterpiece to him.)  The good news is that the habit is free (although there are plenty of in-app purchases should one choose), creative (pick the color, the picture, the design, etc.), and harmless (except on one’s eyes).  Yes, the modern trend of adult coloring involves actual sophisticated coloring books and colored pencils, but for now, I’m okay using the fill-in-the-blank electronic version.  It’s environmentally friendly, portable, and keeps the coloring inside the lines without effort.

It’s a time eater, just like Dots.  And while I don’t find it to be as effective of a stress-reliever as a good workout, it alters my focus and improves my outlook after a long day. 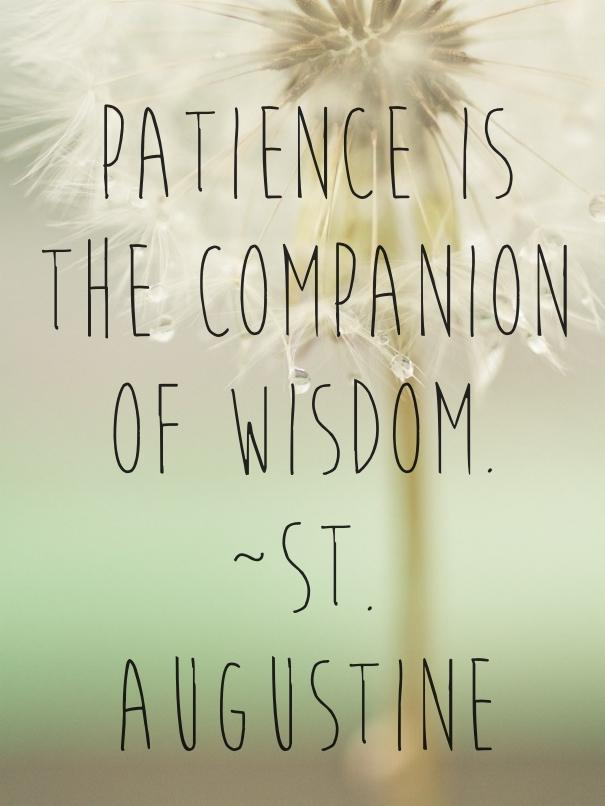 Japan celebrates the Autumnal Equinox, or Shuubun no hi, today.  The national holiday marks the day that the sun crosses over the equator from the Northern to the Southern hemisphere, making day and night equal in length.  In the Northern hemisphere, nights will now be longer than days.  The holiday is used to pay respects to deceased family members, visit family graves, and hold family reunions in honor of those who have passed.

We are more than a year out from the 2016 U.S. presidential election, but campaigning is in full-swing.  Indeed, those who have thrown their hat in the ring have been talking about anything and everything to anyone and everyone who will listen.  Every four years, a group of men and woman seeking the office of the president, make the rounds:  interview rounds, debate rounds, talk show rounds, fundraising rounds, and stumping rounds, just to name a few.  Inevitably, one or more key phrases used by a candidate will be picked-up by the media, gain steam, and will become ingrained in the mainstream vernacular.  It appears that one such phrase–a Trump-ism no less–has already made the rounds and is being used with abandon by Joe and Josie Citizen.

Donald Trump’s statement that he doesn’t have the time–or inclination–to be “politically correct” has been often repeated and frequently relied upon by ordinary citizens who want to speak their mind.  A close kin of that Trump-ism is that candidates should be applauded for “speaking their mind.”  In other words, presidential hopefuls should be rewarded for saying whatever is on their minds–without a filter or being “politically correct.”

Anyone who knows me knows that I’m all for speaking one’s mind.  Have an issue?  Vent.  See a problem?  Report it.  Have opinions?  Tweet, blog, or post them on Facebook.  I am nothing if not a First Amendment lover and supporter.  And, yes, I encourage presidential candidates to speak candidly about their thoughts, their ideals and their vision for America.  After all, that is one way the electorate is able to determine who to support.

But make no mistake, speaking one’s mind does not mean that the substance of what is spoken is accurate, factual, correct, proper, kind, intelligent or appropriate.  And, as we all know, there are times when silence is golden.  Similarly, being politically correct isn’t a bad thing.  Not speaking in affected and offensive accents, not commenting on people’s looks, and not referring to women as bimbos should be applauded.  Period.  Political correctness attempts to strip away the isms in our speech–a worthwhile goal in my opinion.  In fact, I would argue that being politically correct is an essential job requirement of our next president.  Can you imagine our diplomatic relations otherwise?

Those supporting Mr. Trump because “he speaks his mind” and doesn’t feel the need to be “politically correct” appear not to understand the breadth and seriousness of the president’s role–negotiator, commander in chief, chief diplomat, policy setter.  The president is supposed to be a statesperson, articulate, persuasive, thoughtful, reasonable, and fair.  And, yes, the vision held is supposed to be inclusive of all Americans, which would necessitate embracing the fundamentals of political correctness.

Mr. Trump’s lead in the polls appears to have emboldened other candidates also to make brash, thoughtless, and inappropriate statements under the guise of speaking their minds and not giving into being “PC.”  As a voter, it is insulting.  As a woman, I’m offended.  As a minority, I am taken aback.  And as an American citizen, I’m embarrassed and ashamed.

“You know, this is the year 2015,” Sanders told reporters following the opening of a new campaign office here. “You judge candidates for president not on their religion, not on the color of their skin, but on their ideas on what they stand for. … I was very disappointed in Dr. Carson’s statement.”

Ben Carson has been honest with the American people.  He likens homosexuality to pedophilia and bestiality.  And he does not believe that Islam is consistent with the Constitution.  “I would not advocate that we put a Muslim in charge of this nation. I absolutely would not agree with that,” Dr. Carson stated on Meet the Press.  It is a sad day in America when such a statement is made by a presidential candidate and tolerated–if not embraced–by the American public.

Dr. Carson’s statement that a president’s faith should matter “depending on what that faith is,” is problematic and concerning.  But perhaps he’s right, after all, based upon his statements, Dr. Carson’s faith concerns me deeply.