Growing up, I recall spending time at my grandparents’ home in Chatham, New Jersey.  At breakfast, our family of six woke up at varying times.  While my Mother and Grandmother could be found in the kitchen by whomever stirred first, breakfast was a simple come-as-you-are-whenever-you-awake affair most mornings.  Think fresh fruit, cereal, juice, coffee.  I can barely recall eating lunch while visiting.  Either unmemorable or non-existent, I suppose.  But dinner, I remember with fondness and clarity.  The eight of us dined in the formal dining room.  I stared in amazement at the dancing flames of the tapered candles housed in silver candelabras.  To be certain, our family lit candles also.  But we did so only on special occasions or holidays, not for a routine family dinner.  Even at a young age, I recognized the place settings as impressive.  Tablecloths.  Centerpieces.  Crystal.  China.  Silver.  Such things were carefully stored away in our home, used on Thanksgiving and Christmas day.

But it was my Grandmother ordering her grandchildren to wash their hands before sitting down to dinner, sticking our elbows with her fork were they to creep up and rest on the table, and reminding us that we “may be excused from the table,” that I recall with clarity.  My parents taught us the basic manners.  Don’t talk with your mouth full.  Chew slowly.  Elbows off the table.  Wait until everyone is served before eating.  Freely use the words please and thank you.  Sit-up straight.  Place your napkin in your lap.  Send thank-you notes.  But it was at my Grandparents’ home I recognized the importance of possessing manners.   There I realized manners mattered not only to my parents, but to others as well.  We were civilized, yes.  But it was more than that.

It is true, of course, that several matters of Etiquette (yes, with a capital “E”), serve as a type of password to high society.  Like a hot club whose location is constantly changing to keep out those less fashionable, some etiquette rules shift, albeit ever so slightly, to keep elevated certain social classes.  But the basic manners have remained the same for years.  Of course, those who truly understand the basic tenet of manners–to make your guest feel comfortable and welcome–know that extending manners to others may mean breaking the rules of etiquette with reckless abandon.

I recall one of my first firm attorney dinners at a popular steakhouse in New York City.  At the end of the meal, on my plate sat half of a filet.  Our server asked whether he should box it to go.  Yes, I replied.  The meal had been excellent; the food would otherwise be wasted; and, I truly enjoyed leftovers for breakfast.  From across the table, I watched as a senior partner stared at me with incredulity.  New to the firm and new to the City, I was uncertain what silent code I had violated to have warranted such a look of utter disdain.  By the time our server returned to our table with my packaged half-eaten steak, I had concluded that my request for a doggie bag was offensive for reasons unknown.  In an attempt to remedy my glaring faux-pas, I left the bag on the table as we filtered out of the restaurant to hail a cab.  I interpreted the ensuing silence as confirmation that my request had breached a silent code of conduct.  It was an incident never repeated and one that makes me cringe today.   His look.  My embarrassment.  My ignorance.

Years later my then-fiance and I were invited to Sunday dinner with my Grandfather.  For men, the unwritten dress code for dinner included a jacket, no tie.  Given the short notice and warm time of year, he did not have a suitable jacket.  Discreetly inquiring whether dress pants and a button down shirt would be appropriate, my mother replied, yes, that would be “perfectly fine.”  As we were led to the dinning room for dinner, neither my Grandfather nor my Father donned a jacket, following the lead of my now-husband.  Once in the dining room, I looked around and realized my mother had been correct, the absence of a jack was perfectly fine.  I suppose the manners demonstrated by my Grandfather and Father should have been of no surprise.  Regardless, I was touched.  At that moment, I truly understood the importance of possessing manners. 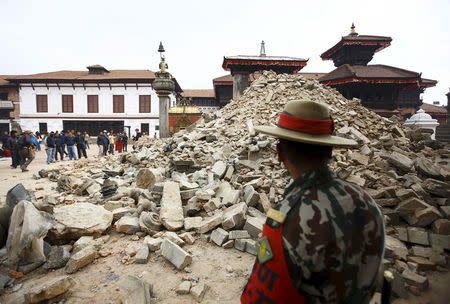 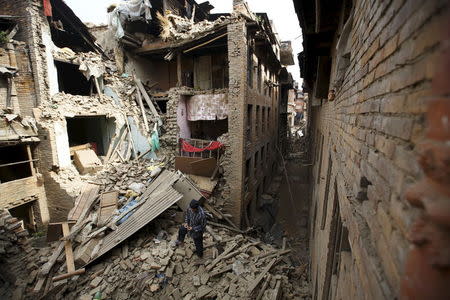 Ever since April Fool’s Day, I’ve found myself reflective and thoughtful at the sight of our daughter gleefully clapping her hands together or scooting from one end of the room to the other.   Given this is her birthday month, I suppose it’s only natural for a mother to marvel at her daughter’s growth and achievements throughout the past year.  It seems like only yesterday we welcomed her into the world.

Although there have been little ones in my life for years–three nephews, one niece, and eight children of women close enough to be considered family–I knew nothing of an infant’s development within his or her first year of life before our daughter’s arrival.  When we brought her home from the hospital she was so tiny, I was scared to hold her without supervision.  I remember wondering whether I would ever master the art of diaper changing like my husband, who had undertaken the task as priority number one at the hospital.  When she was three months old, I laughed at the photo of a happy baby, pleasantly sitting on her mother’s lap, showcased on the Huggies website, wondering when Sophie would be able to sit up on her own.  I clearly recall watching her struggle to rollover, stand up, and crawl, improving day by day.  Today, she moves with reckless abandon.  Once she nursed exclusively and now she eats anything she’s allowed to–sweet potato fries, avocado, broccoli, peas, Cheerio’s, yogurt, etc.–and, of course, tries to eat things she shouldn’t.

I am delighted by how quickly she learns new skills.  I am in awe of her physical growth.  Her hands and feet are so big (relatively, of course).  And I am excited to see what her second year of life will bring.  But a small piece of me grieves for how quickly the milestones–big and small–have been reached.  I look back with fondness and nostalgia on the past 11 months, but I do not wish to relive any single moment. Given she is our first and only child, I don’t know this for certain, but I’d guess that life will forever be filled with recalling what she was like when.  As a woman we briefly encountered recently shared, “Yes, the days can be incredibly long,  but the years pass so quickly.”

As our daughter marks her first birthday, we will be embarking on new adventures.  We will prepare for our overseas move to Japan–selling vehicles, down-sizing, and packing.  And we will try to get pregnant again, using our single frozen embryo remaining from our first and only round of IVF.   Yes, there is a lot to do.  But the timing is perfect.  The past 11 months have been a boot camp of sorts–a whirlwind of travel, visitors and new experiences–forging together our family of three and Blue.  Post-year-with-baby, I like to think my husband and I are better communicators.  That we know each other more intimately.  That we are more patient with ourselves and one another.  While the odds of us getting pregnant are low–10% at best, we are told–I remain hopeful.  I am stronger–emotionally and physically–now than I’ve ever been.  And as my husband tells me often, “All that matters is that we are together–together we can handle anything.”

Do not judge, or you too will be judged.  For in the same way you judge others, you will be judged, and with the measure you use, it will be measured to you.

“If a gay couple came in and wanted us to provide pizzas for their wedding, we would have to say no. We are a Christian establishment.”

Since it’s inception, the United States has protected its citizenry’s right to practice religion, whatever it may be–Santeria, Christianity, Rastafari, Judaism, Wicca, Islam, or any other faith-based group.  Settlers came to the New World , in part, to escape religious intolerance and persecution in Europe.  No wonder our Constitution steadfastly protects the freedom to choose (or not to choose) a religion and the the freedom to practice that religion.

Recently, several people in my life, some with whom I share a close affectionate friendship, have described a person’s character by referring to him or her as “a Christian.”  Although I may remain silent at the description, inwardly I wonder, “What does that mean?”  Based on context, I’m reasonably certain such a characterization is meant to suggest that the individual referenced possesses a moral character.  Put otherwise, people use the word Christian not only to describe followers of the religion, but people who act according to how Christ taught his followers.

I find myself praying several times a day.  But at night, I pray once out loud for and with our daughter before she goes to sleep and, immediately afterwards, I pray out loud for myself.  During one or both of those prayers, I pray for members of Al Qaeda, Boko Haram, ISIS, and other extremist religious groups to know God’s love and to feel his grace.

I wonder whether Ms. O’Connor has criticized such organizations for spreading hatred and persecuting those who hold differing beliefs, including Christians.  I’m curious to know whether she believes that members of ISIS should be able to destroy property and kill non-believers because such are the tenets of their religious convictions.

Using religion–any religion–as a basis to ignore sound laws is the start of a slippery slope.  The “I don’t have to do [insert] because I’m a [insert],” fails to recognize that we live in a society where freedoms must be balanced by reasonable rules to protect and safeguard our very differences.  Indeed, such laws should be celebrated by conservative Christians who don’t want to have to adhere to non-Christian beliefs.

Memories Pizza has closed.  The owners say they are in hiding because of threats.  Mob justice in the day of social media isn’t pretty.  And it isn’t what the founders of this country envisioned.  But hate begets hate.  Fortunately, love begets love.